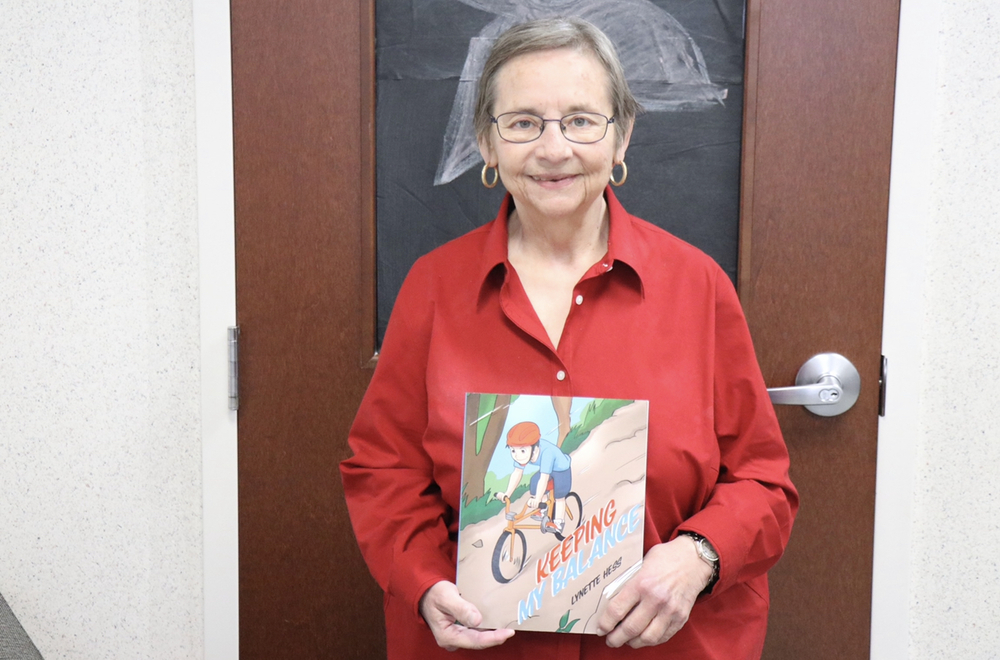 Several years ago Lynette Hess’ sister was worried about her son, who had long hair and wore shaggy clothes. She finally summoned enough courage to ask if he was using drugs. His response? “No, mom. I’m a skateboarder. I have to keep my balance.”

Hess’ nephew is in his 40’s now but the counselor who helps serve Monitor and Shaw Elementary Schools never forgot his answer. The result? She has authored a book titled “Keeping My Balance” with the theme of remaining healthy by making good choices.

“The book was written to help counselors, teachers and parents steer students into developing healthy habits,” says Hess, who has spent 40 years in education, mostly as a counselor after starting as a teacher. “The book teaches lessons in what to do rather than what not to do.

“Illustrations were done by the publisher and look like Springdale students. Bicyclists wear helmets. They and skateboarders drink water. They breath deeply. They know that staying healthy keeps oxygen flowing to the brain, which enables them to keep balance.”

Hess, who grew up in Arkansas but attended the University of Missouri after her family moved to that state, has counseled in Missouri, Oklahoma, Texas and Arkansas. She hopes counselors and libraries in all those states and more will utilize her book.

“I wrote the book as a public service,” Hess says. “I hope it takes off. If it helps one kid it’s worth it. Counselors at Shaw and Monitor are excited to use it. Librarians at some of our schools are glad to have a book whose author is in the district. I will have a booth at the Arkansas School Counselors convention in Hot Springs and the National School Counselors convention in Seattle to make books available. In the meantime, they can be purchased through Amazon and Barnes and Noble.”

Hess received the first copies of the book in late December and already has received positive feedback.

“I read from the pages, before I actually had the book, to fourth and fifth graders at Shaw and was blown away by the discussion they had about having healthy bodies. I was impressed. A Family Literacy parent read it and was excited because she said it gives parents words they can use with their kids.”

It is an impressive book and well worth examining. Counselors and teachers sharing their wisdom with a broad audience is another reason Springdale Public Schools are #THEChoice. 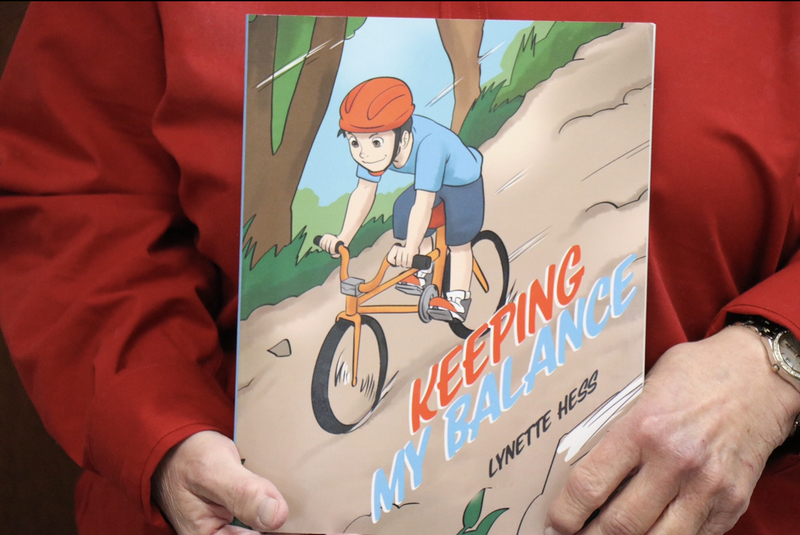